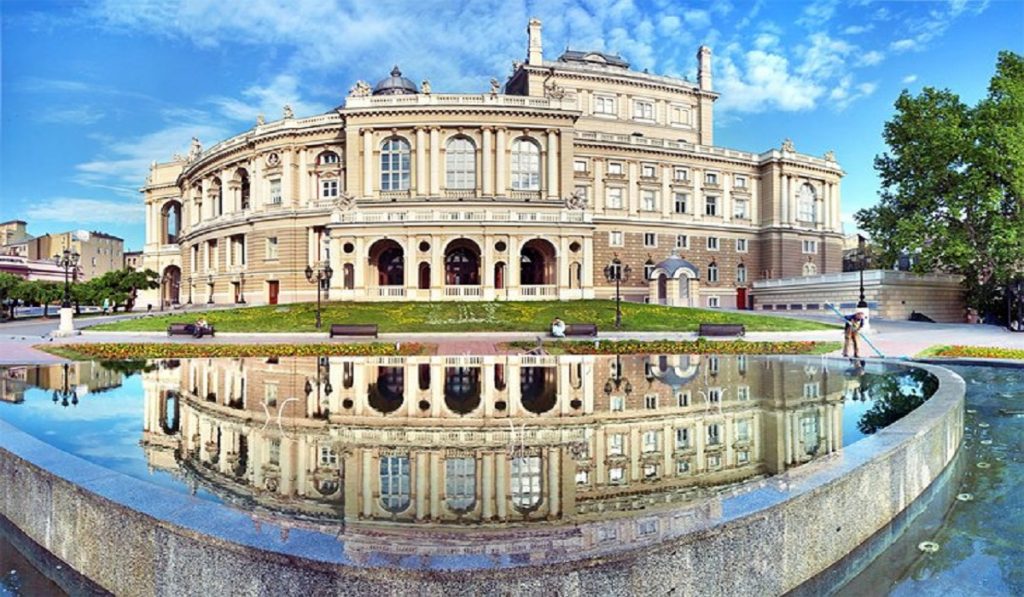 The second-largest in Europe, Ukraine is characterized by its fertile agricultural plains and extensive pockets of heavy industry in its eastern region.

Despite having common historical origins with Russia, Ukraine and the western portion of the country especially have strong ties with its European neighbors.

Ukraine is good for studies, besides having over 800 higher education institutions, Ukraine has a varied economy, with concentrations mostly in and around large cities like Kyiv, Zaporizhzhia, Dnipro, Lviv, and Odesa.

In addition, Ukrainian universities have significantly lower tuition fees than many other foreign universities. Therefore, if you’re a history buff, nature lover, or plan to launch a business in the future, studying in Ukraine could be the ideal option.

For students seeking to pursue medical education at the lowest possible cost, MBBS in Ukraine is the best option. The MBBS program in Ukraine is specially designed to make students familiar with the theoretical and practical side of medicine.

There are hundreds of government universities in Ukraine that offer MBBS, MD, and other medical degrees at affordable fees. Medical Education in Ukraine is widely regarded as a world-class education system with affordable tuition fees spanning about 6 years with an internship of about a year.

Why Study MBBS in Ukraine

The government of Ukraine is very concerned about improving and developing medical education in the country. It provides complete support to the medical universities in maintaining high standards in education.

Ukrainian medical graduates can work all over the world. Here are some of the reasons foreign students choose Ukraine to get their MBBS degrees:

MBBS in Ukraine For Indian Students

In recent years, Ukraine has emerged as a popular choice among Indian students seeking MBBS abroad. Each year, Ukraine welcomes over 65 thousand international students from around the world, of which more than 5000 are of Indian origin.

While studying medicine in India is extremely expensive, studying MBBS in Ukraine is affordable if one can afford the fees. The language is used in English, so the students of India will not face any difficulty in studying.

Medical institutes in Ukraine offer a variety of medical programs. Not only do Indian students study there, but the country welcomes students from all over the world.

MBBS in Ukraine – Is it Worth Considering?

Here are some points worth considering to study in Ukraine.

The Fee structure of MBBS in Ukraine are as follows:

Admission Process For MBBS In Ukraine

Students would need to follow the admission process for MBBS in Ukraine given below. Students do not need exams such as IELTS, SAT, or TOEFL to get into MBBS in Ukraine. 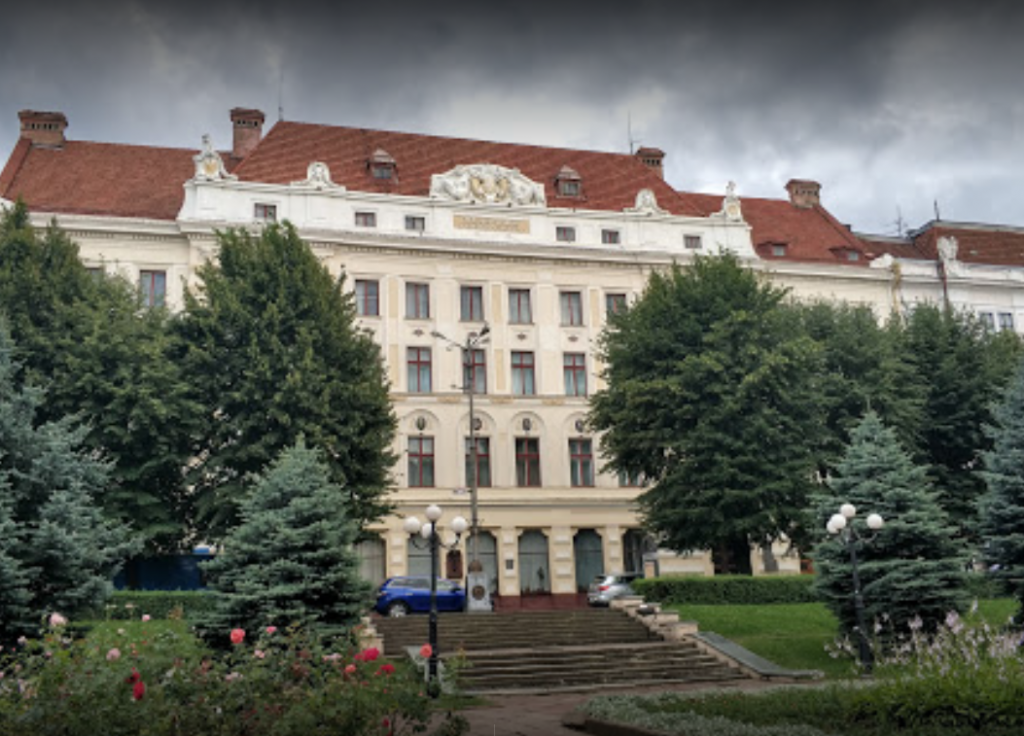 One of the biggest higher education institutions in Chernivtsi is the Bukovinian State Medical University.

The college is a fully-government, multi-structural educational institution with the highest level of accreditation and an array of educational programs. BSMU is listed in the General Register of the World Health Organization, Magna Charta Universitatum (Bologna, Italy), and the Association of the Carpathian Region Universities that provide high-quality education based upon grades. 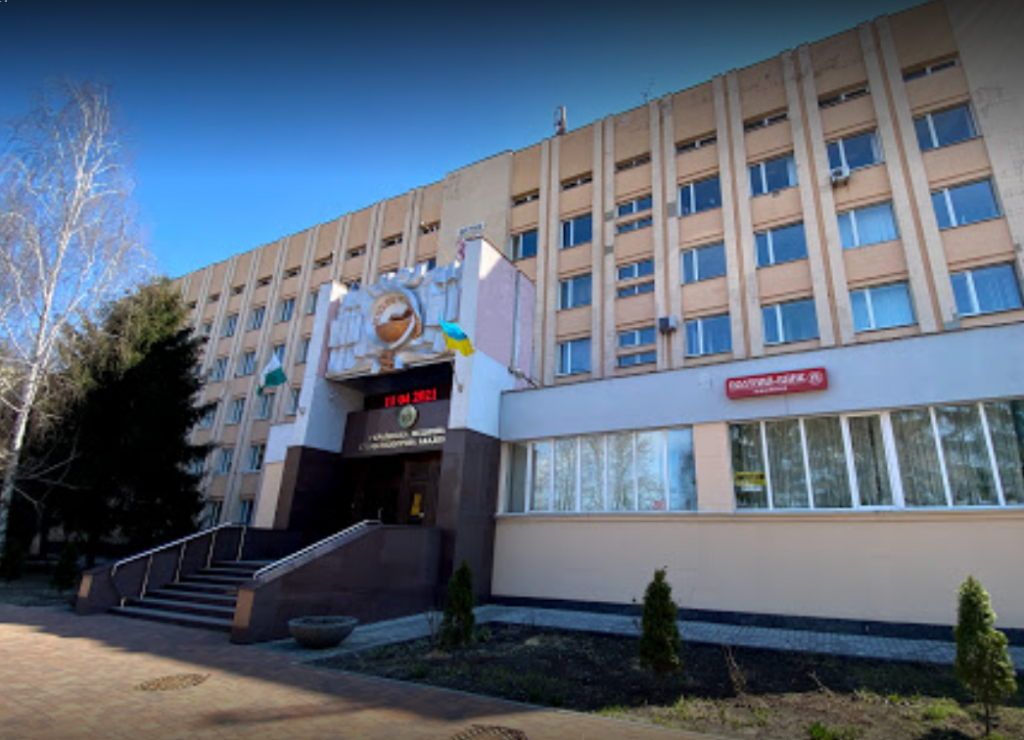 As part of the Kharkiv Medical Academy, the Poltava Ukrainian Medical And Dental Academy was established in 1921. In 1967, the university was relocated to Poltava and was renamed Poltava State National Medical University.

In 1994, the Ukrainian Medical Dental Academy accredited the Poltava Medical Dental University. Approximately 4000 students are studying here. Around 1200 of them are foreign students from 42 different countries. 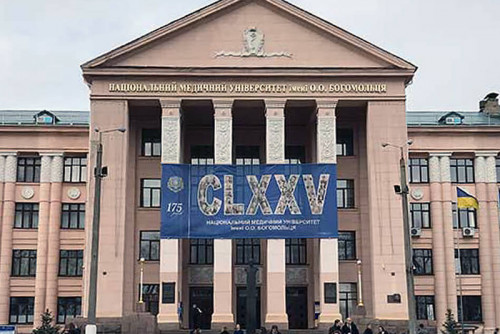 The university is officially accredited and recognized by the Ministry of Health of Ukraine. It has country ranked 21 and 451 world rank 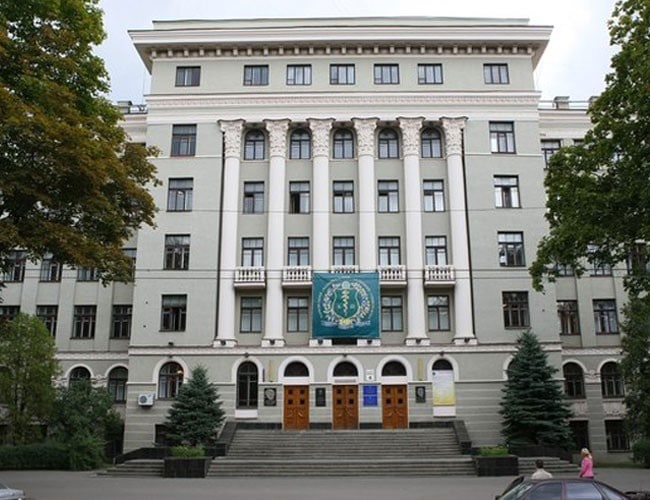 State organization “Dnipropetrovsk Medical Academy of Health Ministry of Ukraine might be a focal point of instruction, science,and culture in created modern Dnipropetrovsk locale. Our institute might be a higher foundation of the fourth affirmation level with the incorporated persistent training of masters at premedical and postgraduate dimensions. 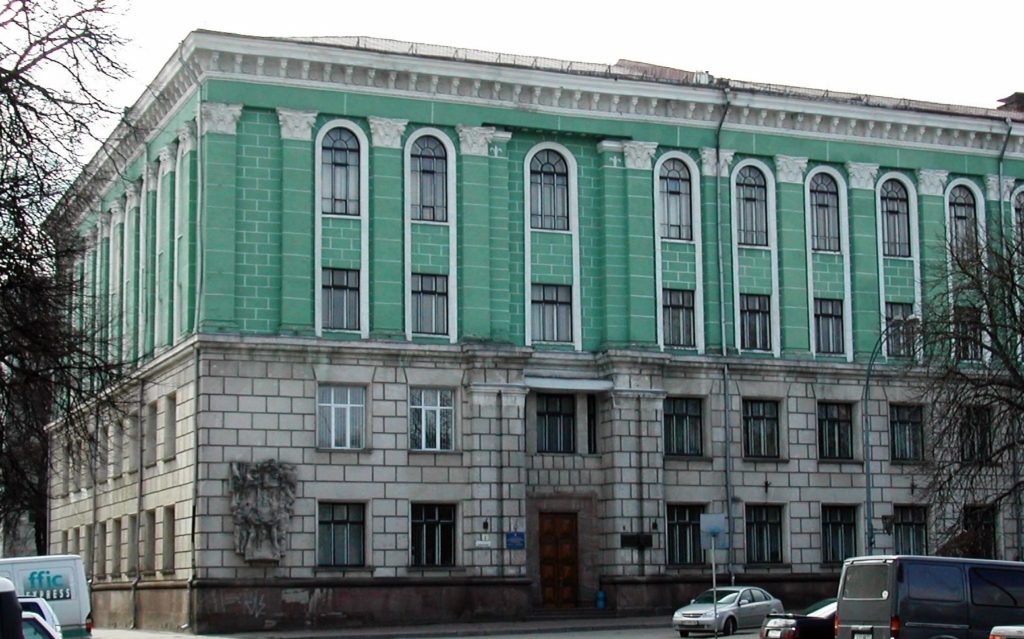 Ternopil National Medical University government of Ukraine and named as Ternopil Medical Institute. In 1992, it named as I. Horbachevsky Ternopil State Medical Academy on the name of Ivan Horbachevsky to honor his contribution in the field of medicine, mainly biochemistry.

It has more than 1100 doctors. The classrooms are advanced and hi-tech. It has a central library having more than 60000 books and special books are available in the English language for foreign students. 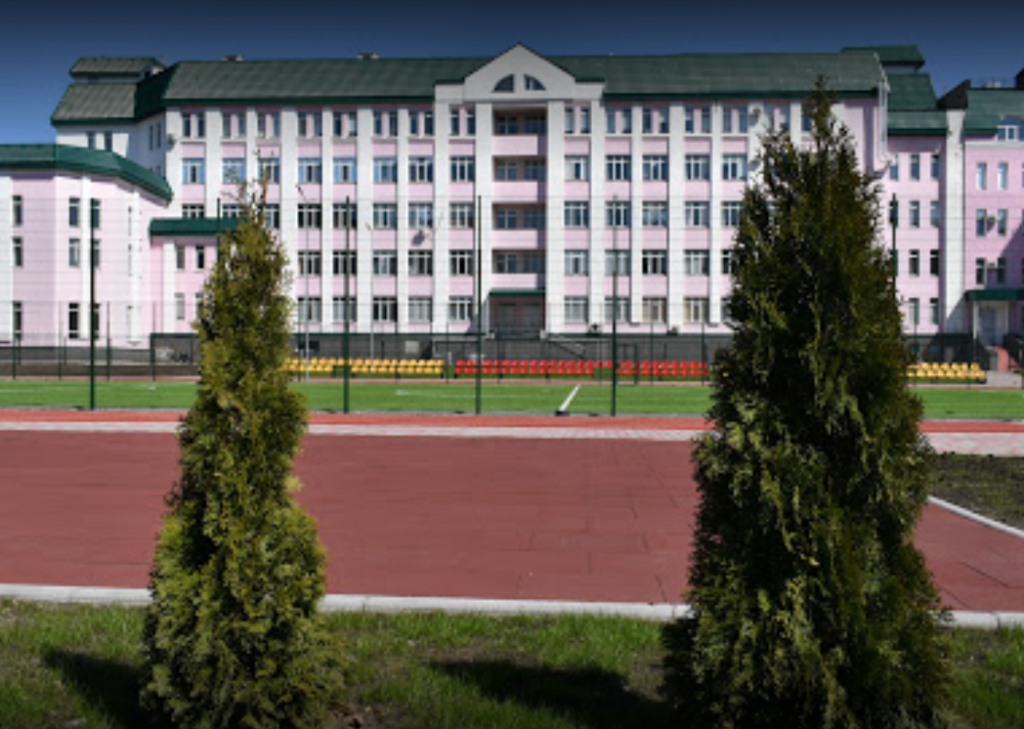 In the small city of Vinnytsia, there is a non-profit public higher education institution called Vinnytsia National Medical University, founded in 1921. 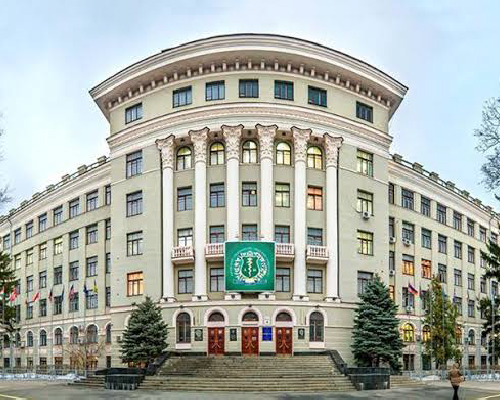 Kharkiv National Medical University is one of the ancient Government Universities of Ukraine, founded in the year 1805 in the urban territory of Kharkiv. It has branches in Luhansk, Dnipropetrovsk and Donetsk providing advanced medical education in the country. 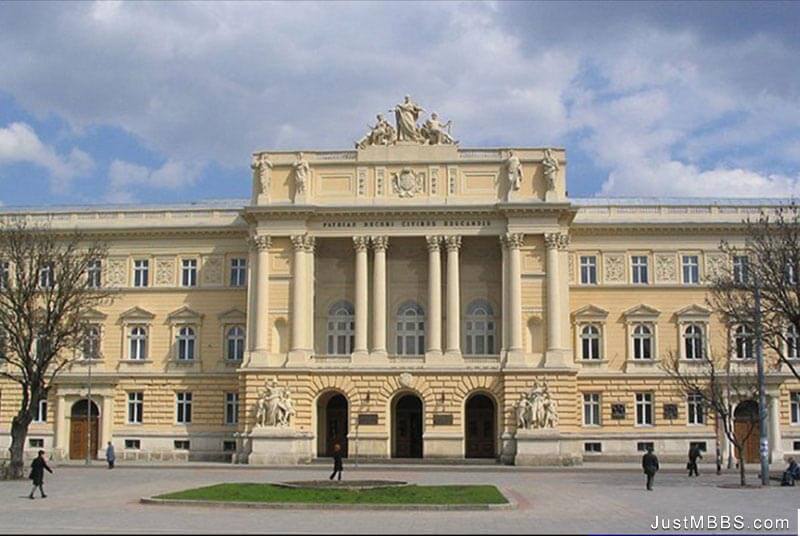 Ukraine includes a few gorgeous urban areas like Kyiv, Sumy, Lviv,and town. Lviv is one of the top university in everything regarding chronicled urban areas of land placed on the western feature. city focus offers dazzling past structure with all around saved structures as previous four hundred years.

Attributable to the western an outsized portion of, the temperature stays moderate creating Lviv a very snug place for Indian pupils to visualize MBBS in the land. 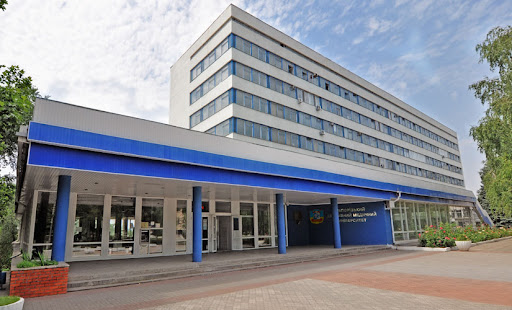 Zaporizhzhia State Medical University is an autonomous, private-funded institution providing high-quality education in bachelors, masters, specialists, postgraduate studies, internships, doctoral studies, pharmacists, etc. The university has accreditation from the Ministry of Education, Science of Ukraine and also got approved by NMC and WHO.

The academic structure is well organized into eight faculties offering graduate and postgraduate programs in Medical, Sciences, and Nursing and also extends to doctoral degrees in the medical field. 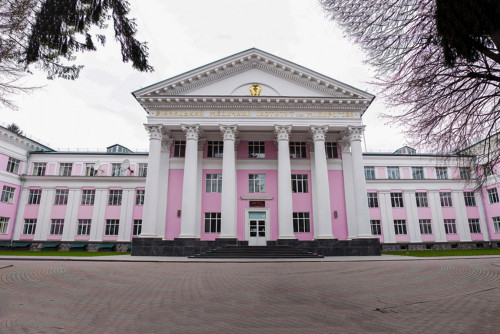 Vinnitsa National Medical University is considered as one of the best institutes for the medical study in Ukraine. It is a coeducational medical university recognized via the Ministry of Health of Ukraine, MCI and WHO. Additionally, an institute is also recognized as National Pirogov Memorial Medical University. Founded in the year of 1961, the institution has made a remarkable journey of more than 90 years that has trained more than 44 thousand specialists who are working at different places of the Ukraine and other countries of the world. 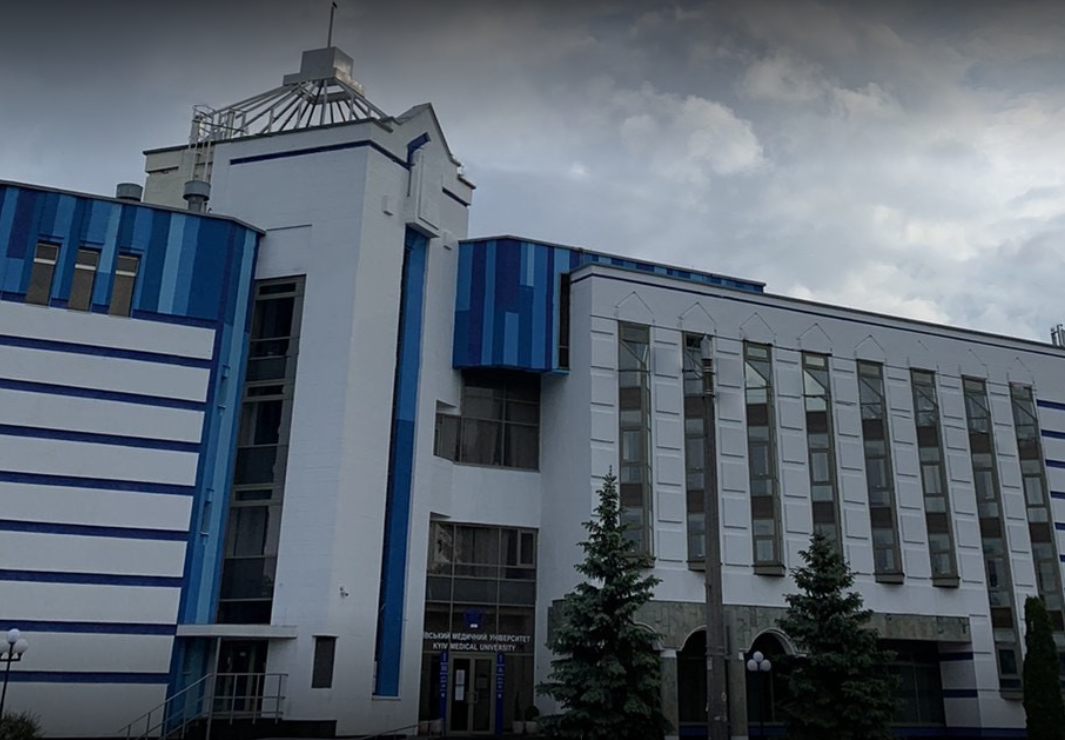 One of the leading medical schools in Ukraine is Kyiv Medical University. Established by V. Pokanevich (1950-2012), Kyiv Medical University was established in 1992. The Ukrainian Association for Traditional Medicine is one of several associations in the center, both domestic and foreign, which include distinguished doctors from Ukraine, associate professors, candidates for medical degrees, as well as other organizations.

With the introduction of the latest technology, the university establishes a clinical and teaching base.

WHAT OUR CLIENTS SAY

Professional peoples ... Fast responses... I feel so great to be supported by your company . Thank you for being kind to all the students and for continuous supports. It means allot to us.

Pallavi RathoreStudent
Best MBBS Abroad consultant in jaipur. Provides better & best services. Thanks to pankaj sir who helps every student all the time. A trustworthy simple and accurate informative staff.

Umesh YadavStudent
Pankaj Sir Who is Best MBBS Abroad consultancy Provider in the Jaipur Rajasthan. He help me during my admission process.

FILL THE FORM BELOW TO GET A FREE QUOTE!